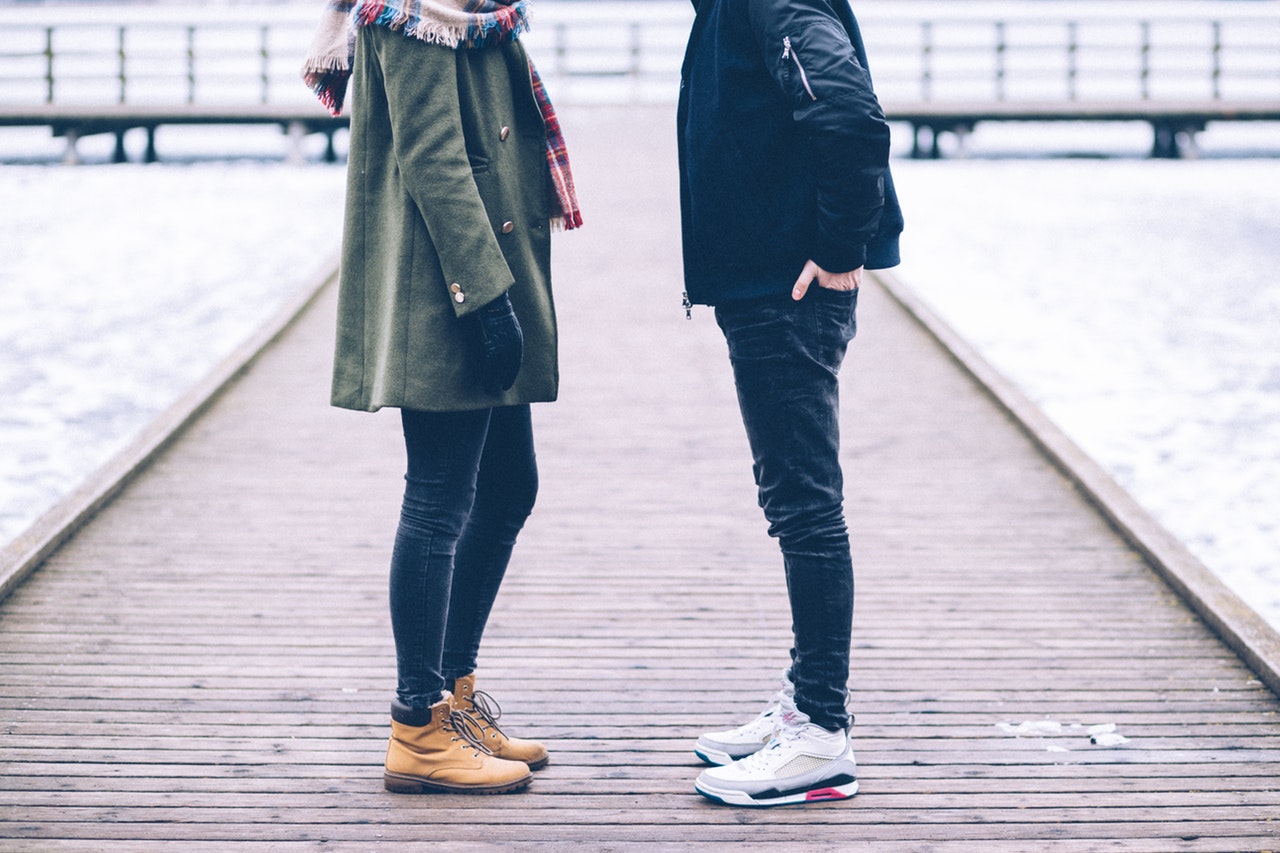 Between domestic duties and emotional labor, research shows, women are more stressed than men are — but it doesn’t have to be that way. Here’s what the data says, and how to take care of yourself.

“I was a workaholic. I love to create things, grow them and solve problems,” said Meng Li, a successful app developer in San Francisco. “I didn’t really care about my mind and my body until they decided to go on strike.”

Ms. Li said her stress led to insomnia. When she did sleep, she experienced “problem-solving dreams,” which left her feeling unrested when she woke up. “After I became a first-time mother, I quickly realized between work and family, I was so busy caring for other people and work that I felt like I’d lost myself,” she said. “I’d put my own physical and mental needs on the back burner.”

It’s a common story — one we frequently ridicule and readily dismiss (for example, when we call women nags), despite the growing sum of research that underscores the problem. Women are twice as likely to suffer from severe stress and anxiety as men, according to a 2016 study published in The Journal of Brain & Behavior. The American Psychological Association reports a gender gap year after year showing that women consistently report higher stress levels. Clearly, a stress gap exists.

“The disparity is not really news to me, based on my training as a clinical psychologist,” said Erin Joyce, a women and couples therapist in Los Angeles. “It’s been well documented in our Diagnostic and Statistical Manual of Mental Disorders, Fifth Edition, for example, that prevalence rates for the majority of the anxiety disorders are higher in women than men.”

Skeptics may argue that this is merely reported data, playing down the disparity (and along with it, women’s experiences) altogether. Dr. Joyce said the skepticism also lay in the fact that many men feel the same pressures as women in terms of fulfilling responsibilities at work and home. In other words, we’re all really, really stressed.

“The difference, however, is in the nature and scope of these responsibilities in the home environment in particular,” Dr. Joyce said. For example, the United Nations reported that women do nearly three times as much unpaid domestic work as men. The problem is, housework is often overlooked as work, even though it is often as laborious (or in some cases, more so) as any paid job.

As the scholar Silvia Federici put it in 1975, the unpaid nature of domestic work reinforces the assumption that “housework is not work, thus preventing women from struggling against it, except in the privatized kitchen-bedroom quarrel that all society agrees to ridicule, thereby further reducing the protagonist of a struggle.”

And then there’s emotional labor

It’s not just inside the home, though. Research from Nova Southeastern University found that female managers were more likely than male managers to display “surface acting,” or forcing emotions that are not wholly felt. “They expressed optimism, calmness and empathy even when these were not the emotions that they were actually feeling,” the study said.

Surface acting is a prime example of “emotional labor,” a concept that the writer Jess Zimmerman made familiar in a 2015 essay for The Toast. The essay sparked a massive thread on MetaFilter, with hundreds of women speaking up about their own experience with emotional labor: the duties that are expected of you, but go unnoticed.

These invisible duties become apparent only when you don’t do them. I’m reminded of the time I went on an emotional labor strike. I asked my husband to manage an event we were both invited to, and when we showed up two hours late, per his mistake, all eyes were on me. “We expected you much sooner,” the host said — only to me.

Like domestic labor, emotional labor is generally dismissed and not labeled work, but research shows it can be just as exhausting as paid work. Emotional labor can lead to insomnia and family conflict, according to a study published in Personnel Psychology. Sure, circumstantial stress, like losing a job, may lead to these same issues, but emotional labor is not circumstantial. It’s an enduring responsibility based on the socialized gender role of women.

Like Ms. Li, many women try to manage the added stressors to reach what Dr. Joyce said was an unattainable ideal. “Some professional women aspire to do it all: reach the top of the corporate ladder and fly like supermom,” she said.

When women don’t reach this ideal, they feel guilty and even more stressed. After her own bout with this, Ms. Li took a step back to regroup, then used her experience to build Sanity & Self, a self-care app and platform for overworked women. “The realizations I had in that process helped me gain insights and ultimately got me ready to incorporate self-care into my daily life,” she said.

The stress problem extends beyond mental health when you consider the link between chronic stress, anxiety and heart health. Worse, most of what we know about heart disease — the leading cause of death in both men and women — comes from studies involving men, but “there are many reasons to think that it’s different in women,” Harvard Medical School reported.

For example, women are more likely to experience disturbed sleep, anxiety and unusual fatigue before a heart attack. Stress is so normalized, it is easy for women to shrug off those symptoms as simply the consequences of stress. Many women also do not experience chest pain before a heart attack the way men do, which leads to fewer women discovering problematic heart issues.

While research is beginning to explore these differences, Harvard reports that women are “much more likely than a man to die within a year of having a heart attack” and “many women say their physicians never talk to them about coronary risk and sometimes don’t even recognize the symptoms.”

The good news is, women are more likely than men to take charge of their stress and manage it, the American Psychological Association reports. Here are a few methods to do so.

The concept of self-care is often confused with overindulging or treating yourself, but at its core, self-care is much simpler than that. “The basics of adequate sleep, healthy diet and exercise are a good place to start,” Dr. Joyce said. “Support from trusted relationships is vital, including professional support from various health and wellness providers if stress is becoming increasingly overwhelming.”

Disconnecting from stressors like work and home responsibilities is also obviously important, but much easier said than done. Ms. Li said she built the Sanity & Self app to help women ease into self-care when they may not have much time to do so. The app includes various self-care sessions ranging from two to 45 minutes. You can choose from breathing exercises, pep talks, writing prompts and fitness routines, among other options.

It is also useful to understand what causes your stress in the first place. “Get really specific with what’s stressing you out,” Ms. Li said. “We often chalk up our stress to broad experiences like work, but work stress can take many different forms. Is a colleague being disrespectful of your time? Is a boss disempowering you in your day-to-day decision making? These are different kinds of stressors and can benefit from different kinds of self-care.”

Working with a therapist can help you discover these triggers, too. “In part because of the greater emphasis on overall health and wellness in society as a whole, more men and women are employing healthier methods of self-care for stress, like exercise, meditation and psychotherapy or talk therapy,” Dr. Joyce said. The mental health resource Psychology Today includes a database where you can find therapists that deal with women’s issues.

Thanks to skepticism about the gender disparity in stress, it is easy for women to feel their added anxiety is unwarranted or overblown. This is why it is important to seek validation — reminders that no, you’re not crazy, and the amount you have on your plate is kind of a lot. “This is important for individual, the family, the kids and the society,” Ms. Li said.

Bookstore self-help sections are a good place to start. “I feel super validated when I stand in front of the self-help section in Barnes & Noble, because every book is tackling an issue I had,” Ms. Li said. “I feel less alone and like it’s not that bad. When we built our app, we wanted to give women the same sense of validation. It’s O.K. to feel not O.K., and we want to help you get through it.”

Ideally, your spouse or partner will be supportive, rather than dismissive, of your stress. It is important to talk through these issues before they come to a head. “Women working outside of the home should make an effort to have a conscious conversation with their partners about more equitable sharing of household and family responsibilities,” Dr. Joyce said.

Of course, in an ideal world, these conversations wouldn’t need to happen. Paradoxically enough, the effort falls on women to convince their loved ones that emotional labor exists, then to campaign for equal help. If only this was a task you could monetize.