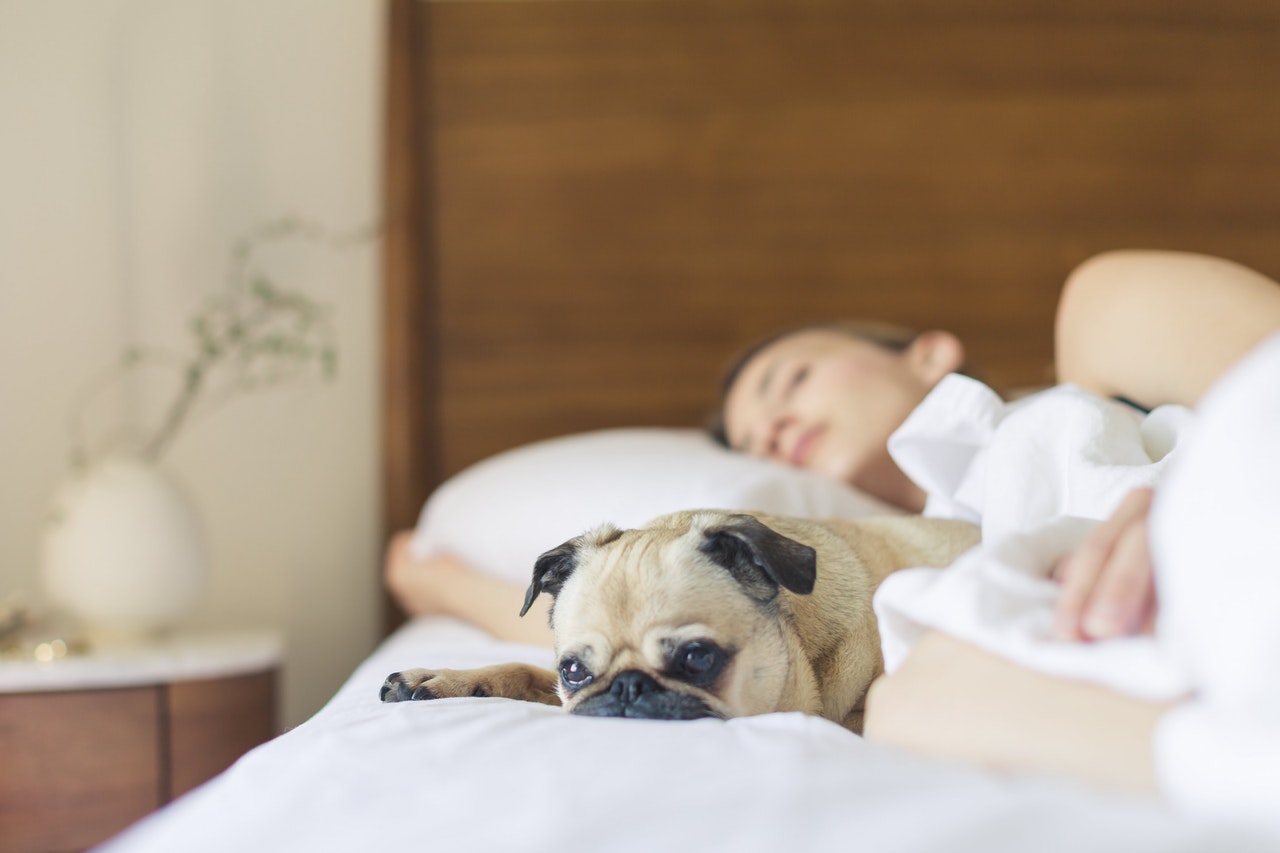 I’m a sleep lover. I like going to bed at the same time every night and getting a full night’s sleep. Deprive me of just one hour of blessed sleep, and things quickly go downhill—just ask my husband. I become bad company—snarky and irritable, hardly able to keep up my end of a conversation, let alone negotiate difficult issues.

Sleep is clearly important for our health, helping our bodies function at their best. It’s also key to our productivity, helping us stay fresh and focused the following day. But does getting a good night’s sleep affect our relationships, too?

In line with my own experiences, some relatively new research suggests that sleep does have positive social consequences. What we’re learning about the connection between sleep, our brains, and our social selves offers yet another reason to safeguard your zzz’s.

Sleep helps us approach others and avoid loneliness

It’s been long known that loneliness is associated with poor sleep. But is the opposite true? Can poor sleep lead to loneliness?

In a recent study published in Nature Communications, researchers scanned people’s brains after they slept normally or had a night of sleep deprivation to see how they reacted to strangers. Participants were asked to watch videos of a stranger approaching them from a distance and to push a button when they felt the stranger was too close, while the researchers monitored what was happening in their brains.

When participants had suffered abnormal sleep, they wanted the person to stop at a much greater distance than they did after a night of normal sleep, and their brains reflected a particular pattern: Circuits associated with social repulsion lit up more strongly, while circuits involved in theory of mind (our ability to gauge the intentions of others) were diminished.

The poorly slept participants also reported feeling lonelier. And, when videotapes of them were analyzed by independent raters, the raters thought they looked lonelier and were less interested in interacting with them, too.

Sleep helps us empathize with others

Emotional empathy is our ability to feel what another person is feeling. So, if my friend is feeling sad, her sadness resonates with me to some extent, helping me to care about how she is doing.

But, when we sleep poorly, the parts of our brain devoted to emotional empathy don’t function as well, according to one recent study.

In the study, college-aged participants kept track of their sleep quality for two weeks and then performed a task while having their brains scanned. The task involved viewing photos of people with different expressions—some neutral, some distressed. Participants were asked to note how concerned they were about the people depicted, and the researchers measured differences in how they responded to distressed versus not distressed people to arrive at an empathy score. The researchers also recorded their brain activity patterns while viewing the different photos, to see how this might correspond to feelings of empathy.

Those who’d reported better sleep were significantly more empathic toward people in distress, and they showed increased activity in parts of the brain associated with emotional empathy when viewing distressed people.

Supporting prior research, this finding may help explain why we read people’s emotionsmore accurately and empathize better in romantic conflicts when we sleep well.

Sleep helps us to be less angry and aggressive

A lack of sleep certainly makes me more irritable. But could it cause me to be angrier or more aggressive?

A recent study suggests yes. Participants who were randomly assigned to maintain or restrict their sleep over two days were then asked to do a difficult task while listening to very aversive noise, bound to make them irritated. Those who’d restricted their sleep became much angrier during the task and did not adapt well to the noise—meaning, they didn’t cease to be bothered by it over time—compared to those who’d had normal sleep.

Though experiments have not confirmed that lack of sleep causes aggression, people who report sleep disturbance do tend to bemore aggressive and violent. Women who sleep poorly are more frequently aggressive toward their partners. One study also found that children who were victimized by their peers at school often became bullies later on if they had sleep problems.

And many risk factors for aggression are aggravated by lack of sleep, according to a review of the research. For example, our ability to turn down emotional upset is compromised when we don’t get enough sleep. That means our anger can get out of control, making us more likely to blame and target others.

Additionally, a lack of sleep makes us less able to use techniques like reappraisal—thinking about upsetting events from a more helpful perspective—as a means for tamping down anger and aggression. We may experience other cognitive impairments, too—like becoming hypervigilant of danger or having trouble with decision-making—which could impact whether or not people seem threatening to us. And our reactions to threats are more intense when we don’t get enough sleep.

Sleeping better allows us to have more self-control, which means we’re less likely to lash out at others even if provoked.

Clearly, not being able to control our aggression would be a bane to our relationships. Sleeping better allows us to have more self-control, which means we’re less likely to lash out at others even if provoked.

Sleep may help us be less prejudiced toward others
Does sleep affect how prejudiced we are? This may seem far-fetched; but when you think of the mental processes involved in interacting with those who are different from us—and how those processes, in turn, are affected by a lack of sleep—it makes more sense.

Certainly, being more willing to approach others, more empathic, or less prone to anger could all have an impact on prejudice. After all, these factors have all been tied to less discrimination in other studies.

Additionally, research suggests we are less prone to feeling rejected when we sleep better. That means that if we fear others may not like us—a common problem to overcome in cross-group interactions—we might be less likely to see rejection where there is none, as long as we get enough sleep.

Sleeping better also makes us less likely to stereotype others, while sleeping less does the opposite—particularly if we already have strong, negative implicit biases towards certain social groups. Perhaps that’s why research has shown that “morning people” adhere to stereotypical thinking more at night when they are fatigued, while the reverse is true for “night people.”

The interaction of sleep and social relationships

Of course, it’s not only true that sleep has an effect on our relationships; our relationships can affect our sleep, too. If we are fighting with our loved ones, facing discrimination, or feeling rejected, our sleep will likely be worse. That means that sleep problems can become cyclical, with social problems causing poor sleep and vice versa.

Luckily, we can break that cycle by getting enough sleep regularly. And, since there are all kinds of evidence-based tips out there for getting a good night’s sleep, it’s at least worth trying to do so. After all, we could all use people in our lives who are better rested and, as a result, more willing to connect in compassionate ways.

I’m sure my husband would concur.